5/12/13.
The storm to the southwest at sunset passed us by. The cloud cover dissipated and conditions remained dry over night.

We arose with the sun, packed up, drove north, fueled by a half cinnamon-raisin bagel each topped with peanut butter.

According to guide directions we worked our way to Haigler, Nebraska, turned onto gravel roads, drove across a small corner of Kansas to the Yuma County, CO line, walked through low grasses and dehydrated tumble weeds to the Arikaree River.

A muddy water hole lay within thirty feet of Dr. Bobo's GPS location, the water level in the hole lower than the ground where Dr. Bobo stood with GPS. The aroma of cow dung filled the air. Hoof prints surrounded the hole.

Quick touches of the water with our shoes, we posed for photos, figured we bested the official Colorado low point elevation of 3,315 feet.

A gobbler repeated his call within the sparse woods of the dry river bottom. Thoughts of Thanksgivings past came to mind. Unable to spot him, I concluded he wanted to remain hidden.

Our next destination led us west and south, across Colorado.

"I think we go by Buffalo Bill's grave. We could stop, if you want," Dr. Bobo said.

"Let's stop there and have lunch," I replied later.

Eastern Colorado, similar to Kansas, where flat alternated with gentle rolling hills, gave way to mountains abruptly, as if begrudged. Several snow-capped peaks came into view through the haze, grew into a chain across the horizon.

Past Denver we followed road signs to Lookout Mountain, viewed Cody's grave and took photos, before we made sandwiches at a nearby picnic area.

The Rocky Mountains began in earnest after several miles, the roadway snaked up and down over passes. The white of snow contrasted with the green of conifers and the brown, yellow, grey tones of exposed rock faces.

Snow covered the ground on both sides of the road, four-to-five feet deep, on the road that climbed to Leadville.

We cruised the main street in Leadville, looked for mountaineering equipment rental stores, found none, read the posted reports at the closed Ranger Station. Discovered some roads and campgrounds closed, in particular the ones associated with Mount Elbert, Colorado's high point. The young lady at the Information Center downtown Leadville gave us bad news.

Dr. Bobo preceded me inside, informed the attendant of our intentions to climb Mount Elbert.

"I wouldn't even try it. There's avalanche conditions and several people have been rescued," she said.

Back in the car we debated options.

"Are you willing to give up on Elbert?" Dr. Bobo said.

Reluctant and dissappointed, "Yeah," I said. "I'll have to make plans to come back later. Probably, fly to Denver, rent a car and spend a few days here."

"How long to the next point?" Dr. Bobo asked.

"We could make that today. Want to?" Dr. Bobo said.

We stopped off at the Two Guns Distillery, talked with the distiller. We each sampled a shot of shine, cleared out of Leadville, at 10,152 feet elevation, well before sunset. The scenic ride south helped soothe my disappointment, but didn't alleviate it.

Long stretches of road took us south straight away. Scattered showers fell across the wide, flat valley before us. The few drops of rain we encountered evaporated from the windshield within the minute.

Dead trees stood solitary watch across the valley, bare limbs stark against the sky. Those trees still living exhibited only hints of green from a distance.

The road turned eastward. The sun at our backs, we looked at the snow in the mountains ahead of us, expected Wheeler Peak to be there, somewhere.

We looked at Taos, Taos Pueblo, Arroyo Seco and Valdez spread out before us in the distance, passed a collection of futuristic, eco-friendly homes with curved surfaces and odd artistic features, some partially buried.

A campsite selected on the road near our destination trailhead, we set camp, cooked a dinner of canned-chili and instant rice, avoided alcohol drinks, made breakfast and lunch in preparation for an early start on our ascent. 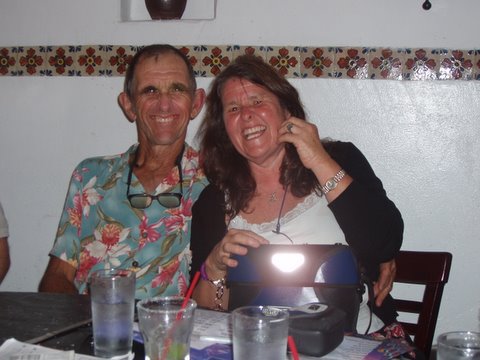